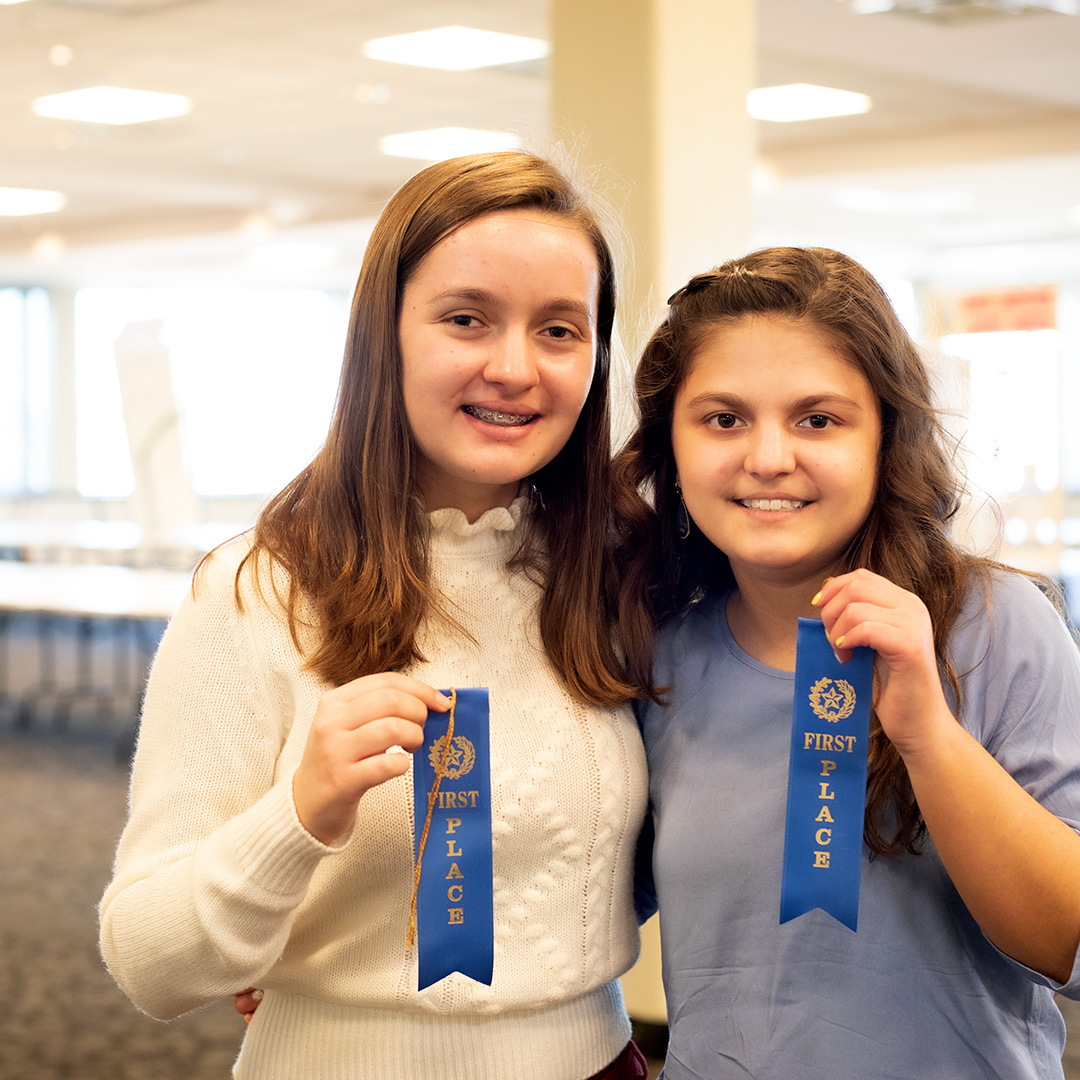 Congratulations to TJ Freshmen Sania and Alizeh Hammad (above), and Juniors Sydney Stamps, Johanna Jeyaraj, and Sonia Carlson (below) on winning the STATE CHAMPIONSHIP in their categories at the National History Day State contest. The contest was held virtually this year, and judging at the state level was done last week. Sania and Alizeh Hammad earned 1st Place in the senior group documentary category at the regional contest at MSSU in March, and were named State Champions in that category at the state contest yesterday for their entry “Shirtwaists and Coalfields.” Sydney, Sonia, and Johanna also earned 1st Place at the regional contest in March, and yesterday were named State Champions in the senior group exhibit category for their entry “Thomas Hart Benton: Breaking Political Barriers through Art.” Both teams now advance to the National History Day national competition in Washington D.C. This will be the second trip to the nationals for both groups. Results were announced yesterday on the state NHD site at https://www.nhdmo.org. 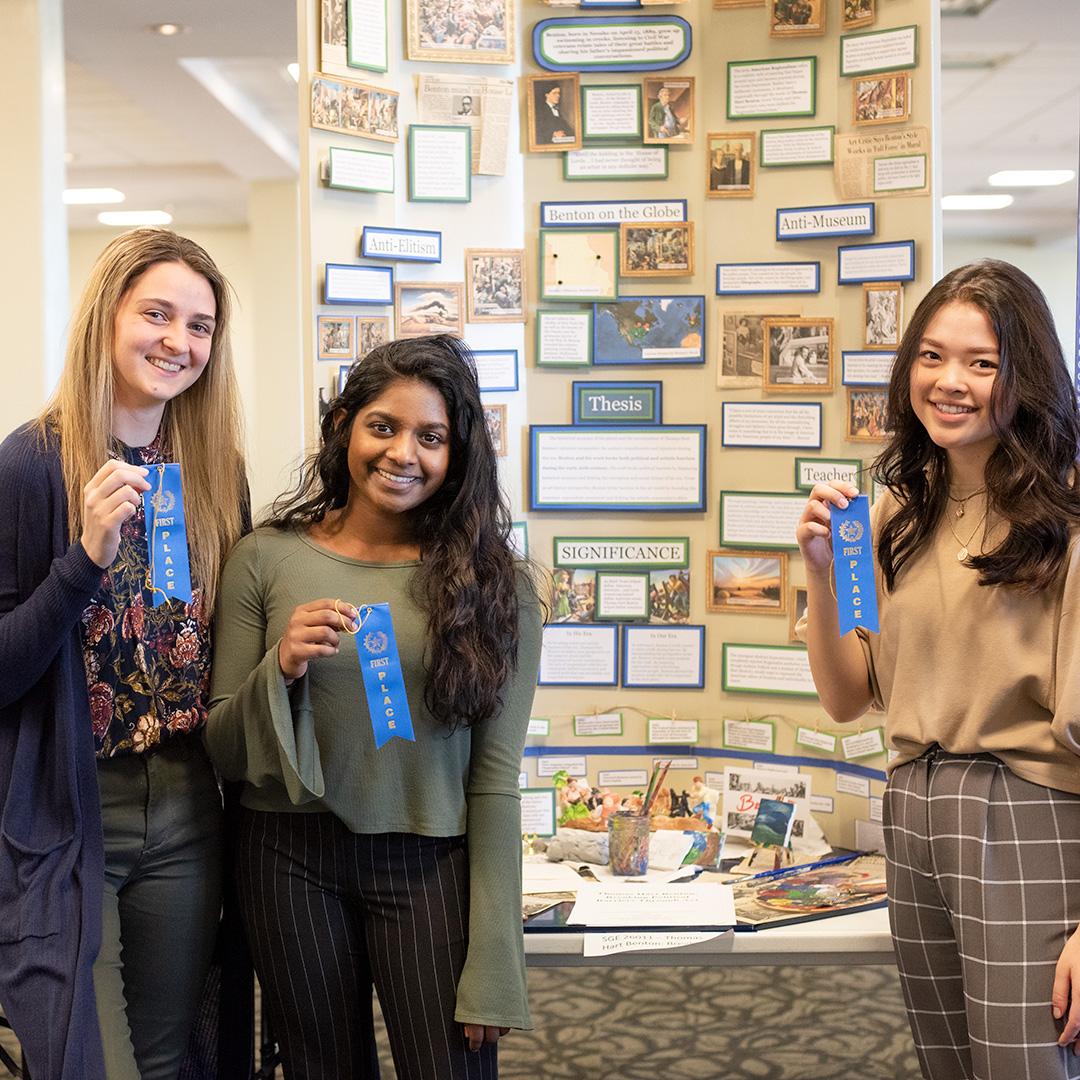