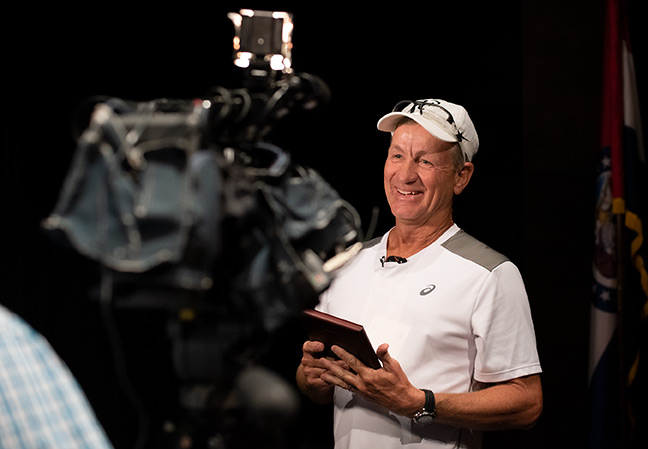 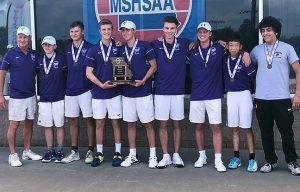 Congratulations to Coach Tom Brumfield on being named 2018-2019 Missouri Boys Tennis COACH OF THE YEAR by the Missouri State High School Activities Association (MSHSAA) and the National Federation of High Schools (NFHS).  Kenny Seifert, MSHSAA Executive Director for Boys Tennis, traveled to Joplin Friday to personally present the award during an assembly.  “Each year, MSHSAA and NFHS recognizes one coach in each sport in the State of Missouri with its highest honor,” Seifert said during the presentation. “The award is presented to the individual who has made a life-long commitment to the ideals of coaching interscholastic sports.” Coach Brumfield has coached the boys and girls teams at Thomas Jefferson since 2008, and has led student athletes to success competing at the conference, district, sectional, and state level.